Born in 1951, Kingston, South Australia, moved to NSW Central Coast in 1954 and then Coffs Harbour on the North Coast in 1956.Growing up in the beautiful seaside town gave her more inspiration and desire to pursue the growing love of art. Julie painted and exhibited while still at high school winning local prizes and selling her work around the district
.
She attended Tafe College at night studying oil painting and drawing, receiving certificates in both. Later moving to Sydney and then Canberra with work, she learnt porcelain painting and pottery at night, but found both too restrictive in exploring self expression. After moving to Wagga Wagga, Julie painted and exhibited throughout the Riverina district, acquiring many awards and selling works to local and overseas art lovers.

While in Wagga Wagga Julie attended Charles Sturt University - B.A Visual arts course and gained a broad knowledge in art history, textiles, printmaking, painting and graphic arts. She is now based in Melbourne Victoria. Being a former director of the Everglades Fine Art Gallery, she gained an appreciation for all forms of art and viewed the art world from a different perspective.

Julie has gained a respected reputation and is represented in galleries in Sydney and Country NSW, Queensland and local Galleries. She is best described as a realist painter but not restricted to one medium style, or subject.

In February 2014 Julie was invited to be come a member of the Australian Watercolour Institute.

Technique & Style
Julie mainly works in the area of traditional media but does a lot of experimenting in the area of Mixed Media, while she is probably best known for Watercolours. She likes to describe herself best as a Realist impressionist and doesn't like to be governed by one style, medium or subject. Watercolours are wet into wet technique.

Philosophy
Art is an addiction for me that never wanes, I hope to be able to enjoy painting and exhibiting for the rest of my life. As I travel around I realise that there wont be enough years to paint all the scenes I see in this life time. I will have to be reincarnated for a few lifetimes, I am sure of that.
You have to be passionate and self critical about painting when your putting yourself on show. For the public and hopefully and luckily selling to people from all walks of life, and countries.
The love and magic of creating a new artwork lives in the soul, and in my case consumes every part of me plus every minute I can spare Then when I do get an opportunity I go off on another plein air painting trip, or another workshop to learn something new. As life is an eternal learning journey and my inspiration is born out of all the beautiful aspects of this world, not the ugly as we see portrayed in so many artworks these days.

Plus many country exhibitions

Member of the Watercolour Society of Victoria Australia

2001 - 2010
Tutorial Coordinator for HVFAA, holding 5 workshops each year of some of Australia's most acclaimed artists. Covering all mediums.

2001 - 2003
Owner of "The Artist Framer" looking after all Artists Framing needs in the district.

2010 - 2013 Member of the Watercolour Society of Victoria Australia

Awarded - A Fellow of the Australian Guild of Realist Artists 2015 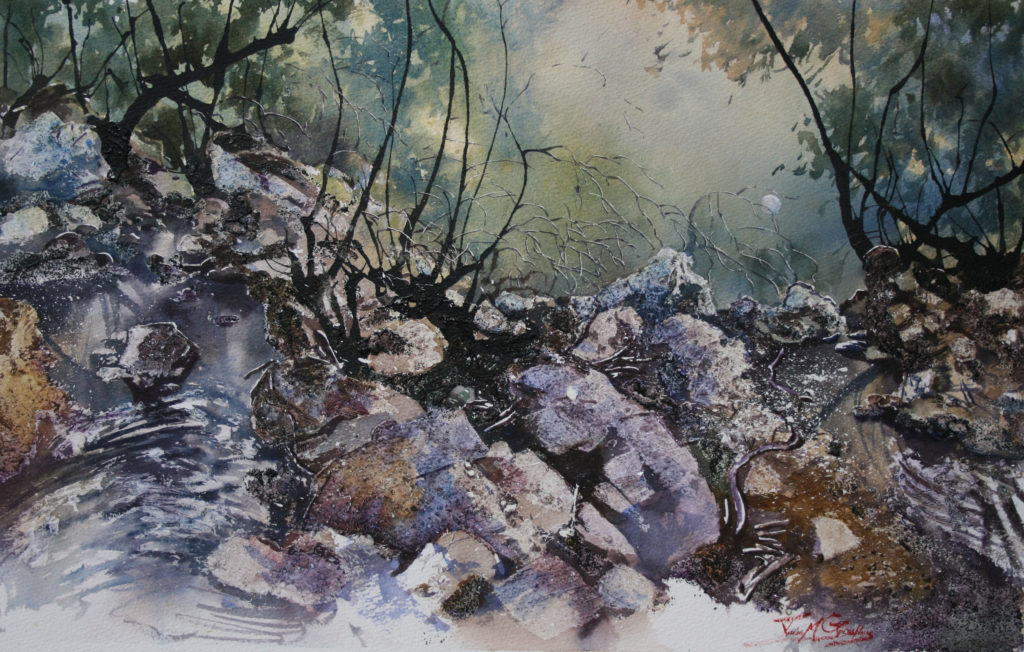 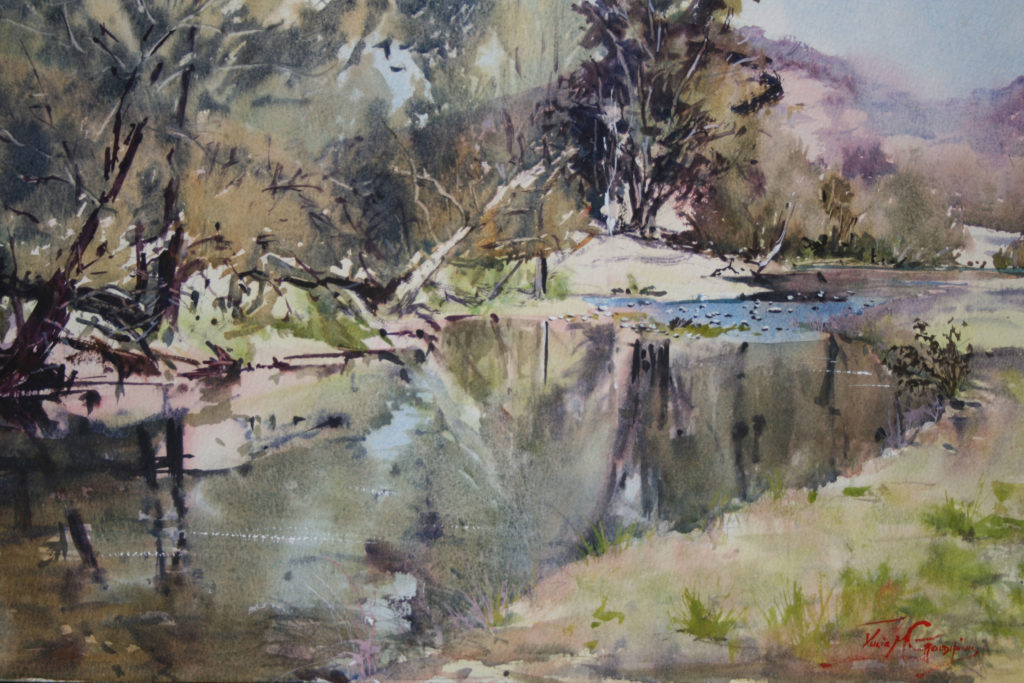 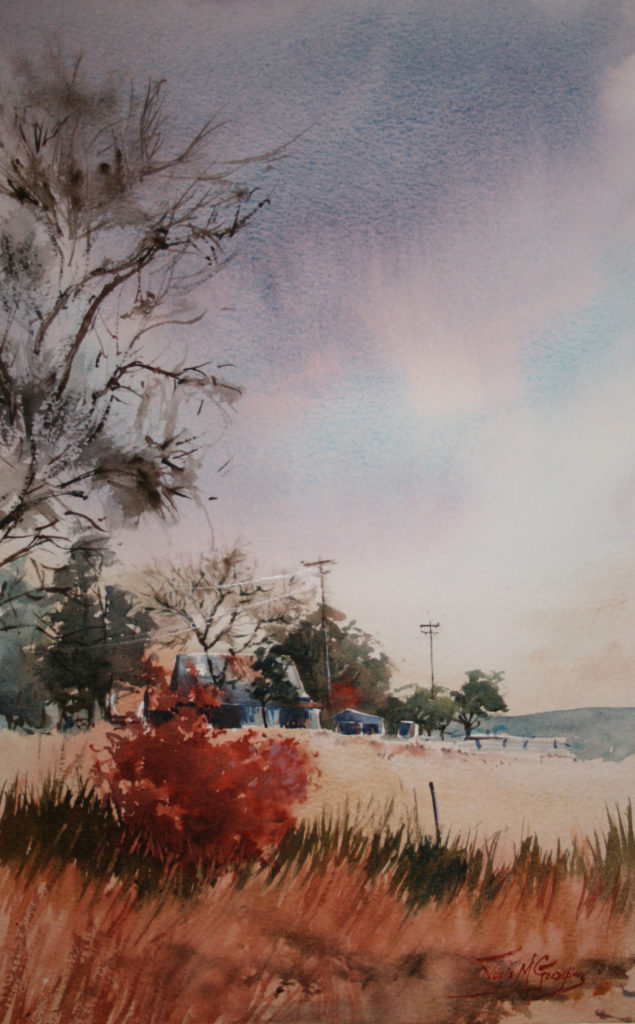 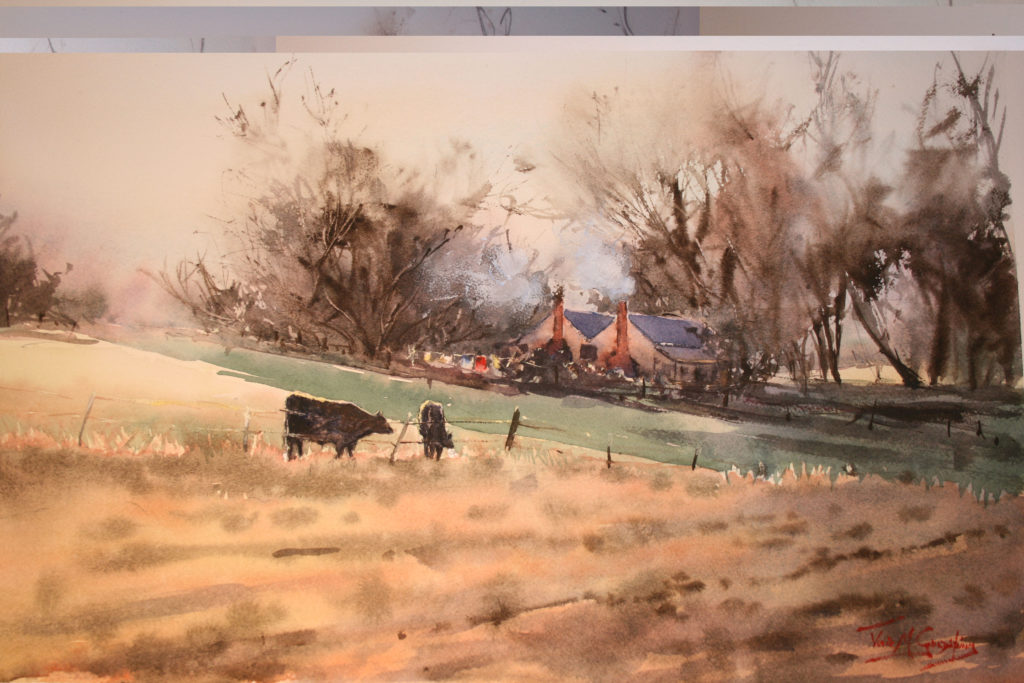 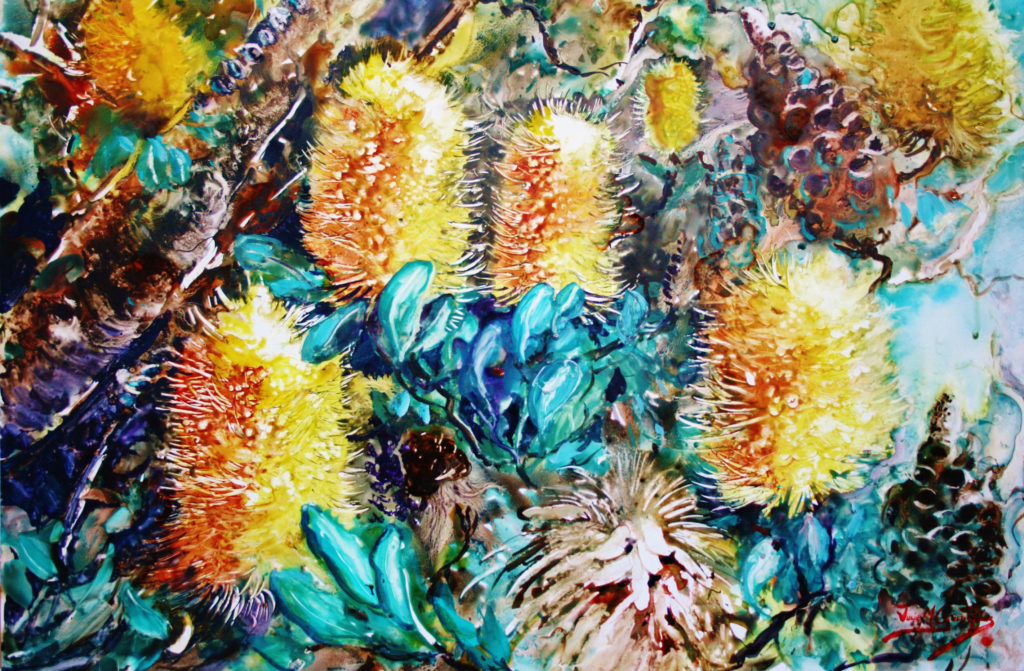 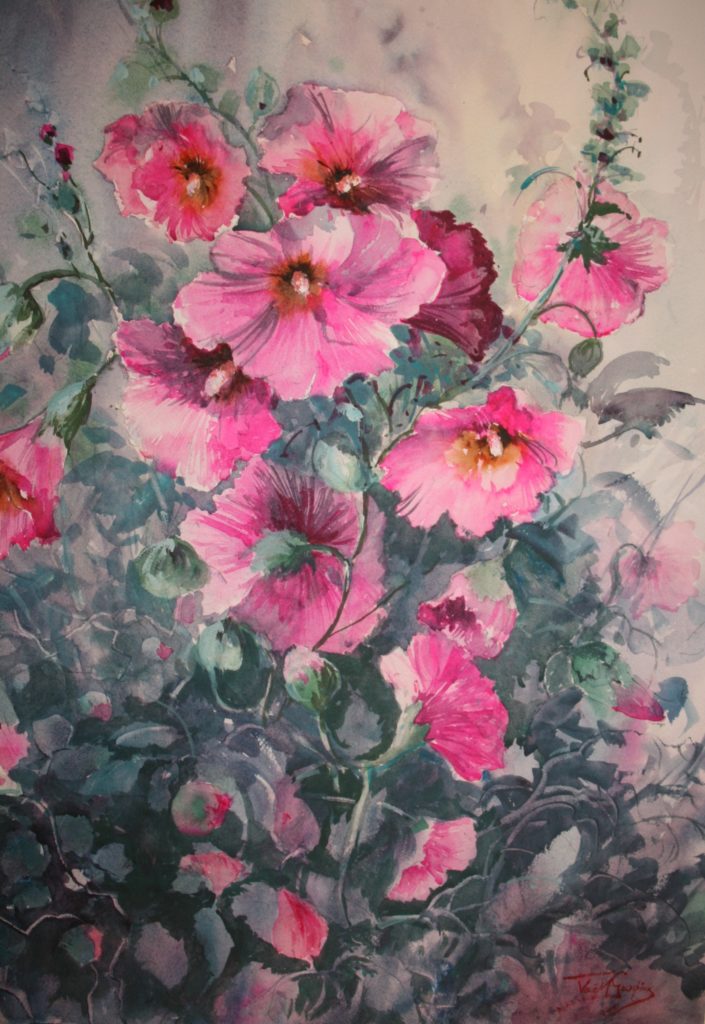 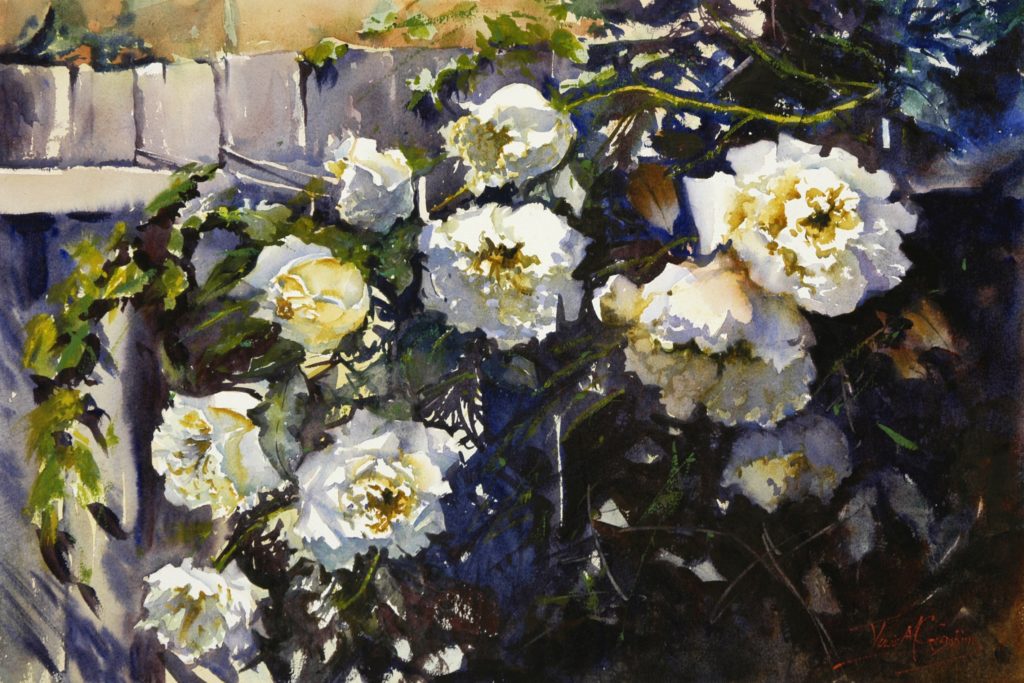 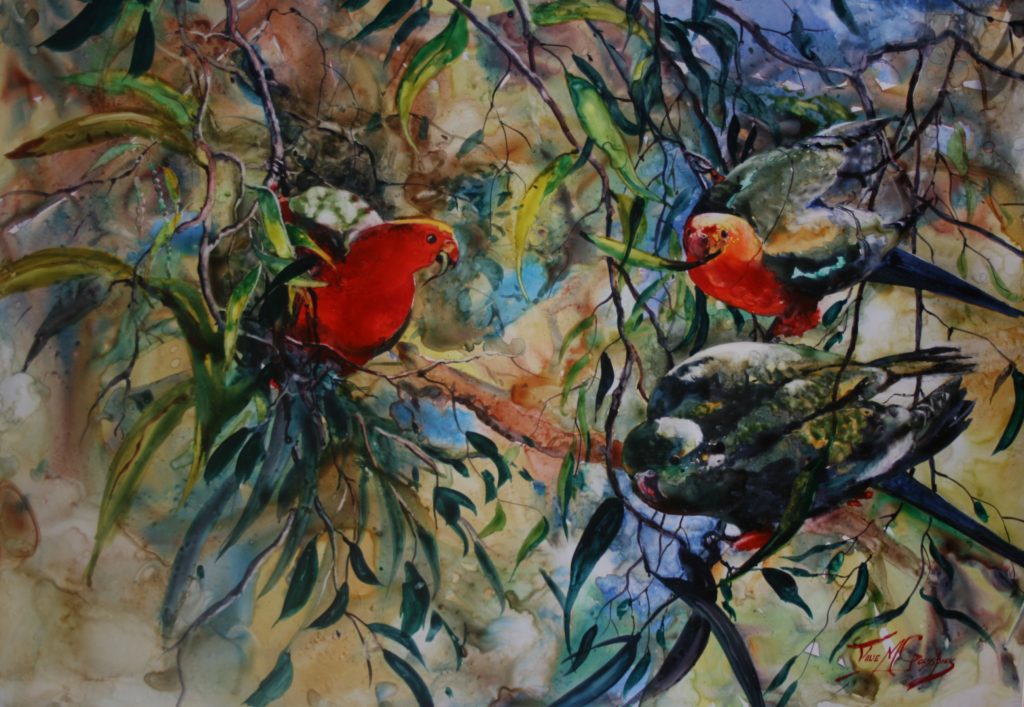